Electroless Nickel Plating in the form of metallic coating, exploits the direct action of reducing substances on the nickel ions to be deposited. Therefore, the equipment required for normal galvanic deposits is not necessary and the deposition can be achieved on any substrate, be it metal, glass, ceramic, or plastic.
Different substances, such as alkyl amine boranes, borohydrides, hydrazine, or hypophosphite, are used as reducing agents and, as a result, nickel-metal or nickel alloys coatings are obtained. 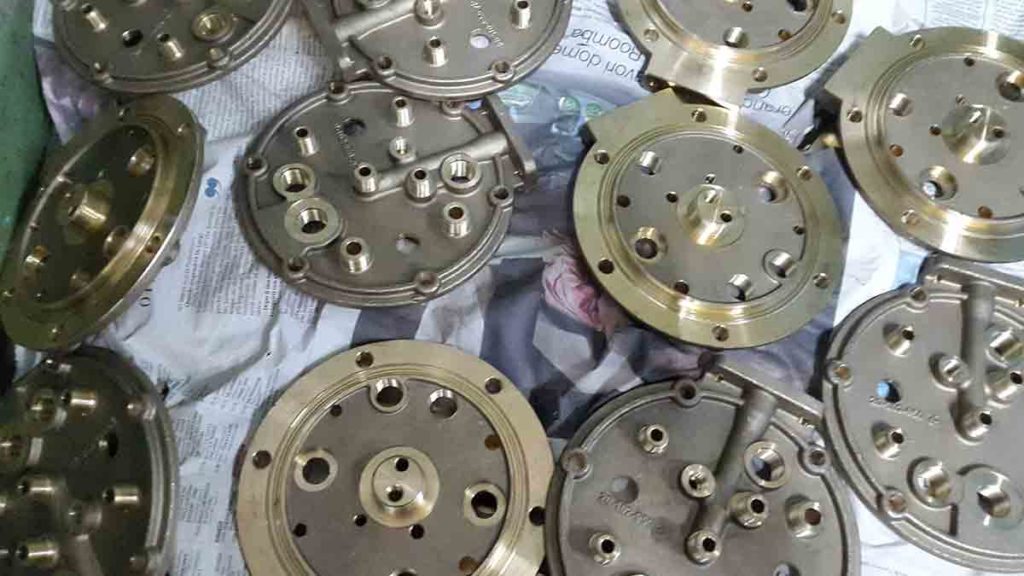 Also cobalt can be plated via an electroless process.
Processes that employ sodium hypophosphite as the reducing agent have been the subject of many studies. The first observation on the reduction of a nickel solution with hypophosphite was made by Wurz in 1845 and the reaction was subsequently studied by Bretau. It was known that the deposited metal contained phosphorus and that nickel reduction was catalysed by the metal itself and by palladium.
In 1916 F.A. Roux patented nickel plating from a solution of hypophosphite. The bath in question decomposed spontaneously producing a deposit on all objects immersed in the bath and on the walls of the container. However, this process did not attract any attention until 1944. It was precisely in February 1944 that A. Brenner and G. Riddel, unaware of any previous studies in this field, studied a process to coat the inside of some pipes with a nickel-tungsten alloy, using an insoluble anode. The bath was an ammonium solution containing citrate. The oxidation of citrate at the anode led to the chipping of the deposit and the authors added various reducing agents to the solution in an attempt to decrease the impact of oxidation. In a test, sodium hypophosphite was used with an unexpected result: a deposit was obtained also on the outside of the pipes, although an anode was used only on the inside. The cathode current efficiency was 120% and during the plating there was a considerable development of gas. A study madeit possible to discover that electroless plating occurred at the same time as electroplating.
The difference between this nickel plating process without current and the mass reduction of nickel, as was presented by Breteau and Roux, is that the reaction used by the latter is spontaneous and complete, while the process developed by Brenner and Riddel is a catalytic process so controlled that the deposition occurs only on the catalytic surfaces immersed in the bath.
An article on the chemical reduction process was published in 1946 by the same authors and the method was subsequently developed on an industrial scale. In subsequent years, considerable studies were made on hardness, corrosion resistance, and other properties of electroless nickel deposits. Later on, a large number of publications and patents appeared on chemical reduction, but contrary to what stated in literature, no industrial processes based on the use of hypophosphite were developed for other metals, except for nickel and cobalt. 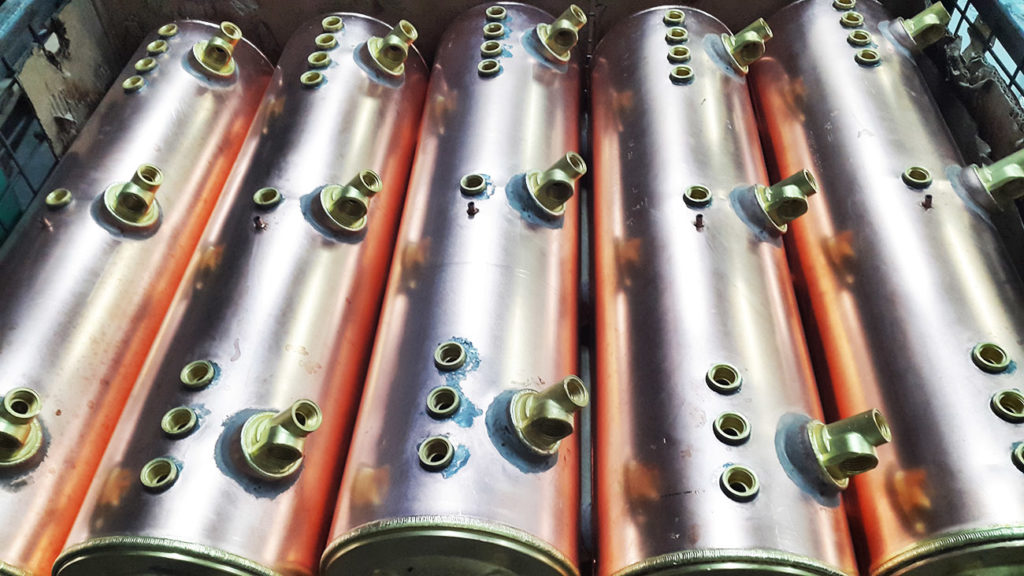 Alkaline baths have produced deposits of excellent appearance, but these solutions are not widely used. The deposits obtained from these baths give steel lower corrosion protection than the one offered by the deposits obtained from acidic baths.
Nickel-phosphorus alloys with 2% or less phosphorus have an opaque appearance similar to electrolytic nickel. Alloys containing about 5% of phosphorus are semi-glossy and those that contain more than 10% of phosphorus are glossy with a yellowish gradient. The reflectivity of a typical nickel-phosphorus deposit is 45-50%, compared to 60% of pure nickel.
Glossy deposits containing 2% of phosphorus have a reflectivity slightly lower than pure nickel. Of course, these comparisons do not refer to deposits obtained from baths containing brighteners.
Hardness is mainly influenced by the phosphorus content, the deposit age, and the heat treatment history. It depends a lot less on the chemical formulation of the bath.
According to qualitative compression tests, nickel-phosphorus alloys containing phosphorus up to 2% are moderately ductile, but, by increasing the phosphorus content, the deposit becomes more fragile and brittle. This fragile deposit can acquire a certain degree of ductility when it is heated at the temperature at which the hardness decreases. The maximum ductility and corrosion resistance can be obtained by heat treatment at 750 °C or higher for 5 hours, followed by slow cooling to 200 °C in an inert atmosphere. A typical coating will resist an elongation of 3-6% without breaking, provided that the base metal is not forced beyond its elastic limit. The adhesion of the nickel-phosphorus deposit to steel was evaluated for efforts of 30,000 to 60,000 lb/in, and there are no indications that these deposits, just obtained, have any deleterious effects on the fatigue limits of steels with low carbon content .